Gianluca Costantini: To Escape a Hotspot

If the ripples of the European refugee crisis have reached even Finland in recent years, the actual waves hit the Southern borders of the EU: Italy and especially the island of Sicily, where migrants reach the shores of Europe after crossing the Mediterranean Sea.

In his comic “To Escape from a Hotspot” the Italian graphic journalist and human rights activist Gianluca Costantini deals with both the reception of migrants in Italy and the backgrounds of migration. The comic is written in a personal way and it also reflects in a relatable way the feelings of a bystander in the presence of the detention center, held by the European Border Control Agency, Frontex.

The comic was inspired by a graphic journalism workshop that Costantini held in Pozzallo in May 2016. The drawing workshop was held in a spirit similar to the Comics and Migration project: the idea was to address the encounters between the communities and migrants and refugees arriving in Italy, and to reflect on the tasks and challenges of those present in the border region.

The comic was first published in Italian in the magazines Pagina99 and Narcomafie in 2016 and also in 2017 in the collection of Costantini’s comics named Fedele alla linea.

Gianluca Costantini (1971) is a graphic journalist, artist, activist and teacher, who fights social injustice with his drawings. Human rights are a central theme in Costantini’s work and activism, and he has cooperated on several occasions with different organizations, such as ActionAid, Amnesty International, Cesvi and Oxfam.

Recently Costantini visited the Helsinki Comics Festival in Finland, and his work has also been displayed at the film festival HRW, human rights festival FIFDH and the Human Rights Festival of Milan.

Costantini’s drawings are published in many Italian and international newspapers and magazines, for example Courrier International and Le Monde Diplomatique in France and the satirical comics magazine LeMan in Turkey. Costantini’s graphic journalism has been collected into a book called Fedele alla linea. In addition, he has made non-fiction comics about Italian politicians of the 20th century and Pier Paolo Pasolini.

Silja-Maaria Aronpuro (1990) is a translator who recently got a taste for comics. She works with English and Italian.

Here you can read the whole graphic story by Gianluca Costantini 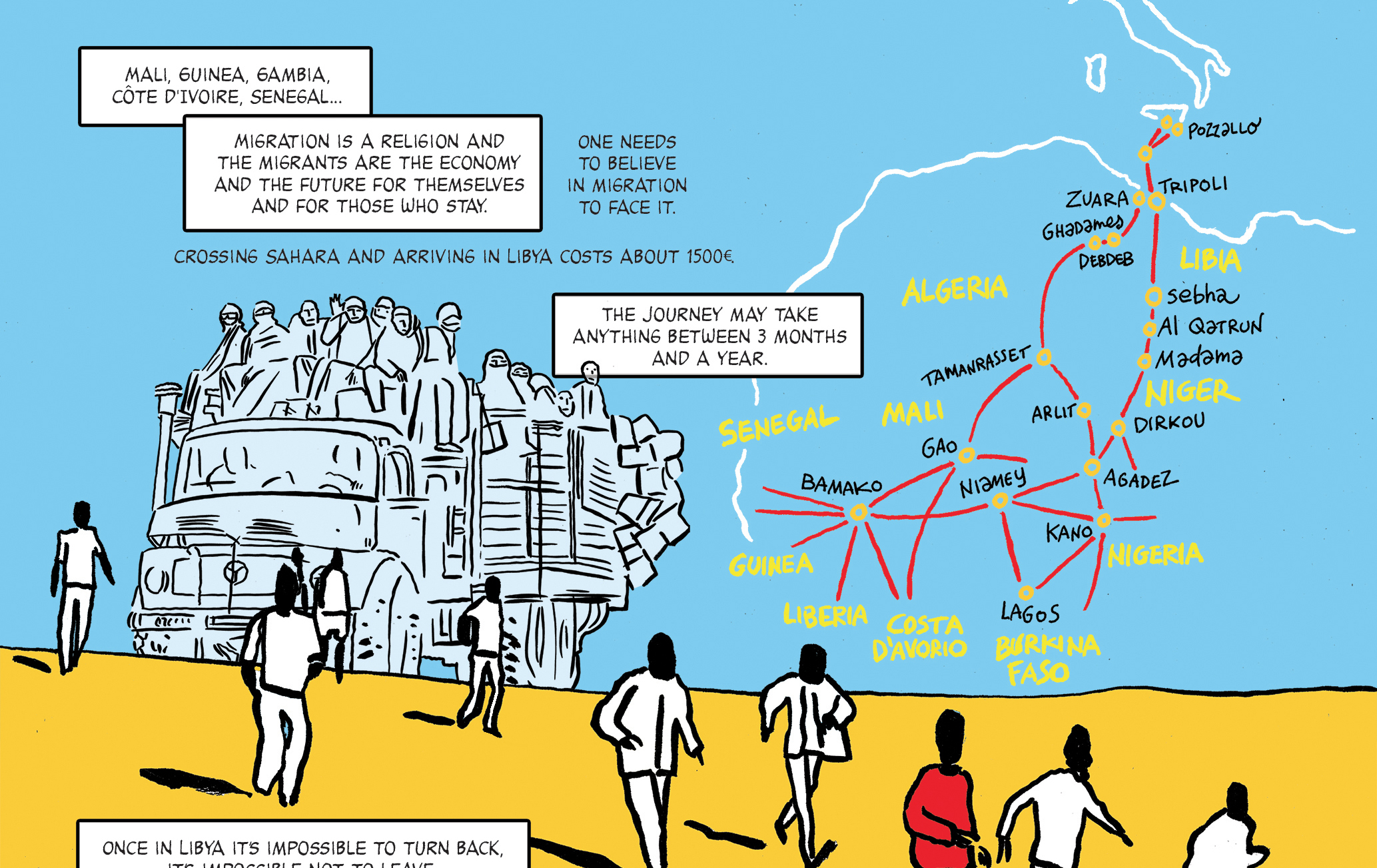